The defining feature of scite is our ability to provide Smart Citations — displaying not only the fact that one paper is cited by another but how it is cited, by displaying the textual context from the citing paper.

Of course, our ability to provide Smart Citations hinges on our ability to access the full text of a paper. We have made great progress in this area, collecting articles from a variety of sources, including open-access papers, preprint servers, and publishers themselves. In fact, we have currently ingested citations from over 25 million full-text scientific papers.

However, there are still papers we have not indexed yet.

This is where open citations come in. As the name suggests, open citations refer to reference lists being made openly available to the public by publishers. A growing number of publishers now have a policy of depositing reference lists as part of a paper’s metadata in repositories such as Crossref. This practice is an enormous boon to a wide variety of people and organizations (researchers, librarians, etc.), including scite.

What’s the difference between open citations and Smart Citations? While a Smart Citation contains the text and location of a citation (e.g., “our findings were consistent with those of Fisbee et al, 2012”; what we call the citation context), the data provided by open references is a traditional reference indicator — one that simply maps one paper to another; that is, a list of papers that cite a given paper.

Our reports now include these traditional reference indicators — supplied by Crossref — when we don’t have access to the full text of a citing article. As shown below, the title and authors of a paper, as well as the name of the journal in which the paper appears, will now be listed alongside our Smart Citations. By default, these traditional references will appear at the end of the citations list for a given paper. 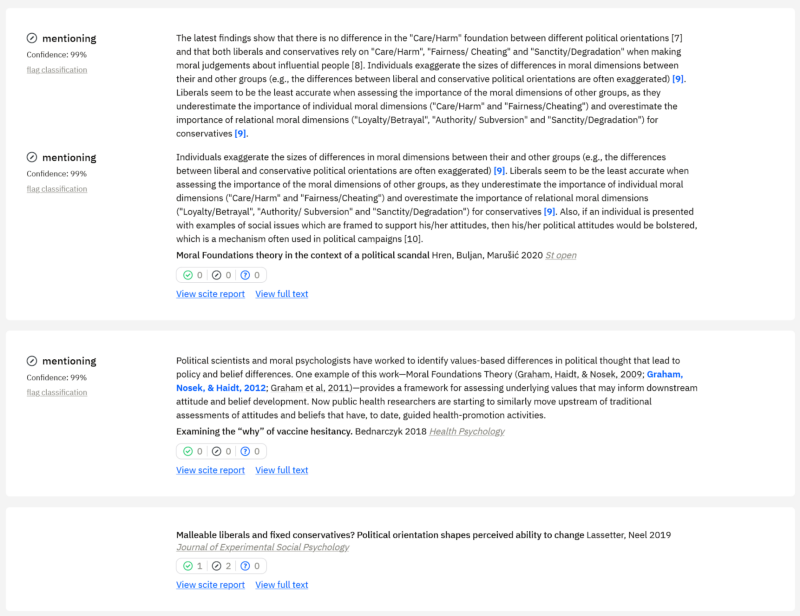 You can also filter a report by type, allowing you to see only publications that contain citation statements, only those that do not, or both. 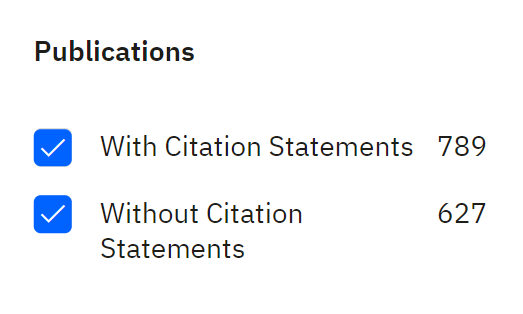 Our database currently contains over 1 billion traditional citations, in addition to 849 million Smart Citations. With both types combined, we have near-complete coverage of the scientific literature, and our coverage is constantly improving. Users of scite will now be able to see the near-complete citation graph between papers!